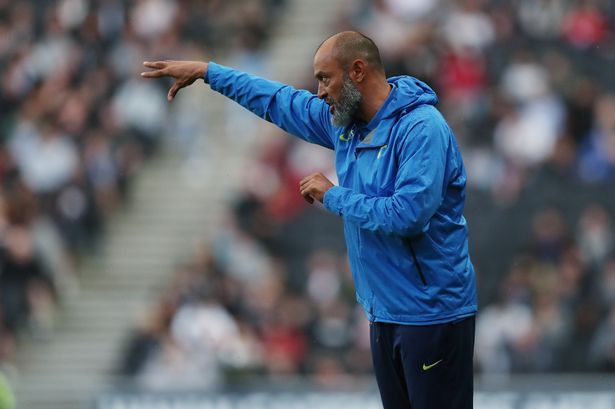 Nuno Espirito Santo is looking forward to return to Molineux as Tottenham travel to face Wolves this weekend.

The north London side will face Wolves on Sunday. Nuno will return to his former side for the first time after taking charge at Spurs this summer. The 47-year-old Portuguese spent his four seasons in charge of this weekend’s opponents and oversaw the club’s return to the Premier League. “It will be special,” Nuno told his pre-match press conference.

“Four years of hard work, amazing, the fans so supportive and good to us. Only love and respect I have for the fans, for the club and for the players there. It was four years of our life we were together.”

Nuno also added that he was unsure of the reception he would receive after leaving the club by mutual consent earlier this year. “I don’t know how they will be. I will go there focused but with a smile on my face.”

Spurs is currently looking to build on their opening weekend win over Manchester City.
Nuno was also asked about the 28-year-old Harry Kane and the speculation on this forward’s future but Nuno refused to confirm if Harry will be part of the squad for the trip to Wolves, “He trained today. He trained good,” he said. “He will train tomorrow and tomorrow we will make a decision.
“I’m so sorry to keep saying the same things but this is how we work. It’s a day by day situation. The decisions are made when we feel we should make them and we are going to take the decision who will travel tomorrow.”
On a resolution to the Kane situation: “Honestly, it’s not unfair or fair for me. It’s the reality. The reality needs to be taken care with wise decisions. The decisions we make go day by day. All the players involved in training sessions are options for us. The squad is the squad.”

Tommy - July 19, 2021 0
Trent Alexander-Arnold has provided an update on his recovery from injury with the defender having returned to full training at Liverpool. Alexander-Arnold missed this summer’s...