We are in the middle of one of the most competitive and entertaining NBA seasons, and despite the changes brought by the pandemic, the 2020s is shaping up to be one of the best decades of the professional basketball league.

Nevertheless, for every best, there is a worst. Is the 2000s NBA the worst decade? This might be a controversial take, but read on to find out.

The good things about 2000s NBA

Before we shoot down this period of the league, let us first heap praises of the things that went well during the decade.

First of all, it bore some of the best players that has played the game. Yao Ming, Steve Nash, Kobe Bryant, Kevin Garnett, and Paul Pierce were at their best during this period. The decade also heralded in the vaunted rookie class of 2003 that had LeBron James, Dwyane Wade, and Chris Bosh, who all later became teammates at the Miami Heat.

The 2000s also brought changes to the game that later on became the norm at the NBA. Therein lies the rub.

2000s NBA was a transition period

If basketball looked free-flowing and smooth during the 2010s, it was because by that time, teams, players, and coaches have already adjusted to the numerous rule changes that were made a decade before. But before we go through this in detail, let us point out the biggest transition that happened at the turn of the millennium: the retirement of Michael Jordan.

Sure, Jordan briefly played in the 2000s, unretiring for the second time and suiting up for the Washington Wizards. However, this seems to be conveniently omitted when talking about the legend’s career. As a matter of fact, it was not even mentioned on The Last Dance.

That alone spells the fact that the first two seasons of this decade appears to be a ‘forgotten memory’ among basketball followers. Except maybe if you are a fan of the Los Angeles Lakers or Allen Iverson, but we digress.

When “MJ” left the game for good as a player, there was a scramble on who would become the next him. Sure, there were James and Bryant, but “LBJ” was too young to take the mantle while Kobe and the Lakers were too inconsistent even if they dominated half of the decade.

This is why the middle of the 2000s had the likes of two-time MVP Nash, Dirk Nowitzki and the Dallas Mavericks, as well as the trio of Tim Duncan, Manu Ginóbili, and Tony Parker emerging. Let us not forget the Detroit Pistons that managed to garner two titles.

There is no arguing they are superstars, but they are not generational talents nor are they considered to be the so-called ‘face’ of the league. To put it another way, they are not in any way weak players, they are just not as memorable.

Now that this is out of the way, let us put a spotlight on a major rule change that took some time for everyone to figure out as well as one style of play that was made extinct as franchises started to embrace analytics.

A lot has happened between the time when the go-to play was “give the ball to Jordan and get out of the way” to now, when players are chucking three-pointers from the midcourt logo or from ‘Stephen Curry range’. It all starts with defense.

When the NBA allowed zone defense in the 2001-02 season, it was first met with a lot of head scratching. Coupled with the defensive three-second violation, it caused this awkward phase as players and coaches weaned off from man-to-man defense, but at the same time could not employ a traditional zone defense pattern.

If anything, this was an equal opportunity rule. Longtime veterans had to relearn how to defend like they were back in college, while international players are not familiar with NBA’s brand of zone defense.

Analytics caused a generation gap among traditionalists and early adopters

To be fair, there was still some resistance to advance stats until the mid-2010s. Heck, even Curry’s former coach opined that the Golden State Warriors guard’s playing style “ruined the game”.

Although they are now considered trailblazers of the sport, Dallas Mavericks owner Mark Cuban and then Houston Rockets general manager Daryl Morey were first looked as pariahs when they integrated analytics to how they run their squads.

This push and pull resulted in an era of the NBA that, although had variety, was hard to watch. We will elaborate this further at the next point.

Iso ball was at an all-time high

If Curry “ruined the game” for the next generation of ballers, consider how much influence Jordan and Iverson had to kids during that time. This is why you had Steve Francis and Cuttino Mobley hogging the ball for 20 seconds before jacking an ill-advised jump shot when they had the gigantic Yao as teammate.

Something good that was not realized until later was that this style of play would eventually be eased out in favor of more passing and looking for the best possible shot. However, it was not until the 2010s when this formula was perfected. Even San Antonio Spurs’ highlight reel-inducing ball movement was developed in the tailend of their dynasty when their trio have matured in years and experience.

Putting together the three factors above, basketball in North America had a massive shift. The implementation of zone defense opened new shooting lanes to take advantage of and exploit, the inclusion of analytics made the game more efficient, and the focus on outside shooting meant the defense would open up and stop hogging the paint.

Thing is, almost every decade can be summed up by one or two things. The 1980s was about high pace and hardnosed defense; the 1990s was known for its physicality and bully ball. Shooting and off-the-ball action were the trademarks of the 2010s, and the 2020s is shaping up to be a period of multifaceted athletes who can do anything and everything.

But what about the 2000s? A style of play that was going out of style and a defensive scheme that was not yet optimized. They do not sound flattering at all.

This may come out as a nitpick, but hear me out. We might have been spoiled by HD quality video that anything less than 720p is already considered bad.

If you go back to videos that were taken using camera phones and digital video cameras during that time, they are hard to watch. This is the same with 2000s era NBA games and highlights. Viewing old matches on Hardwood Classics, games recorded using analog technology in the 1980s and 1990s looked better than the ones using digital formats from the 2000s.

Compare footage of LeBron in his early time with the Cleveland Cavaliers to the Heat’s presentation of their “big three”. Video from the 1980s and 1990s do not look as bad and these are from more than 30 years ago.

Since we have gone down that rabbit hole, why not double down on the ridicule. Compare those photoshoot images from above to a game picture from last season.

There you have it. Is the 2000s the worst decade of the NBA, do you or do you not agree?

Jeff - October 5, 2022 0
India’s pace bowler Jasprit Bumrah is gutted to miss the upcoming ICC T20 World Cup in Australia, as his back issues will saw him... 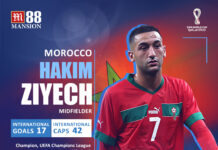 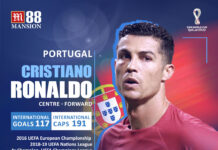 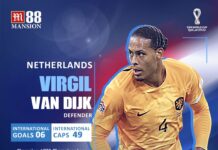 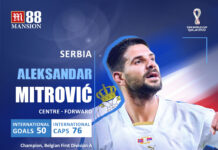