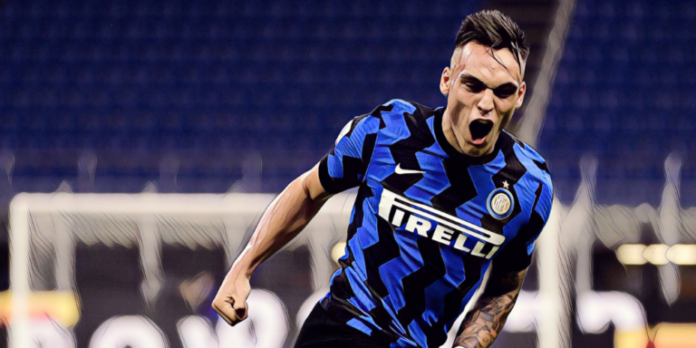 Arsenal have reportedly made an ambitious inquiry into the availability of Inter Milan forward Lautaro Martinez.

Mikel Arteta is looking to continue his overhaul of the north London side with the signing of a leading forward, with the Gunners having approached Serie A champions Inter over a potential deal for Martinez.

The 23-year-old has scored 40 goals across the past two seasons for the Italian side and played a crucial role in the club’s drought-breaking title success last season, though Inter’s financial situation means a big offer could prove tempting.

According to the Telegraph, Arsenal have made their move for the Argentine, though Inter are determined to keep hold of the forward who has two years remaining on his current contract.

Martinez has scored 14 goals in just 29 appearances for Argentina at international level and formed part of the squad that won the Copa America this summer, scoring three times during the tournament.

Whether the Gunners would be able to afford a move for Martinez remains to be seen, the forward’s contract reportedly containing a release clause for just short of £100m.

The news continues an ambitious summer of recruitment for Arsenal who are close to completing the £50m signing of Ben White from Brighton, with the England international set to follow the arrivals of youngsters Nuno Tavares and Albert Sambi Lokonga.

The Gunners are also keen to sign a goalkeeper and are interested in Sheffield United’s Aaron Ramsdale, though the relegated Blades are seeking a fee of £32m for the 23-year-old, while they have also been linked with an interest in Leicester’s £60m rated midfielder, James Maddison.